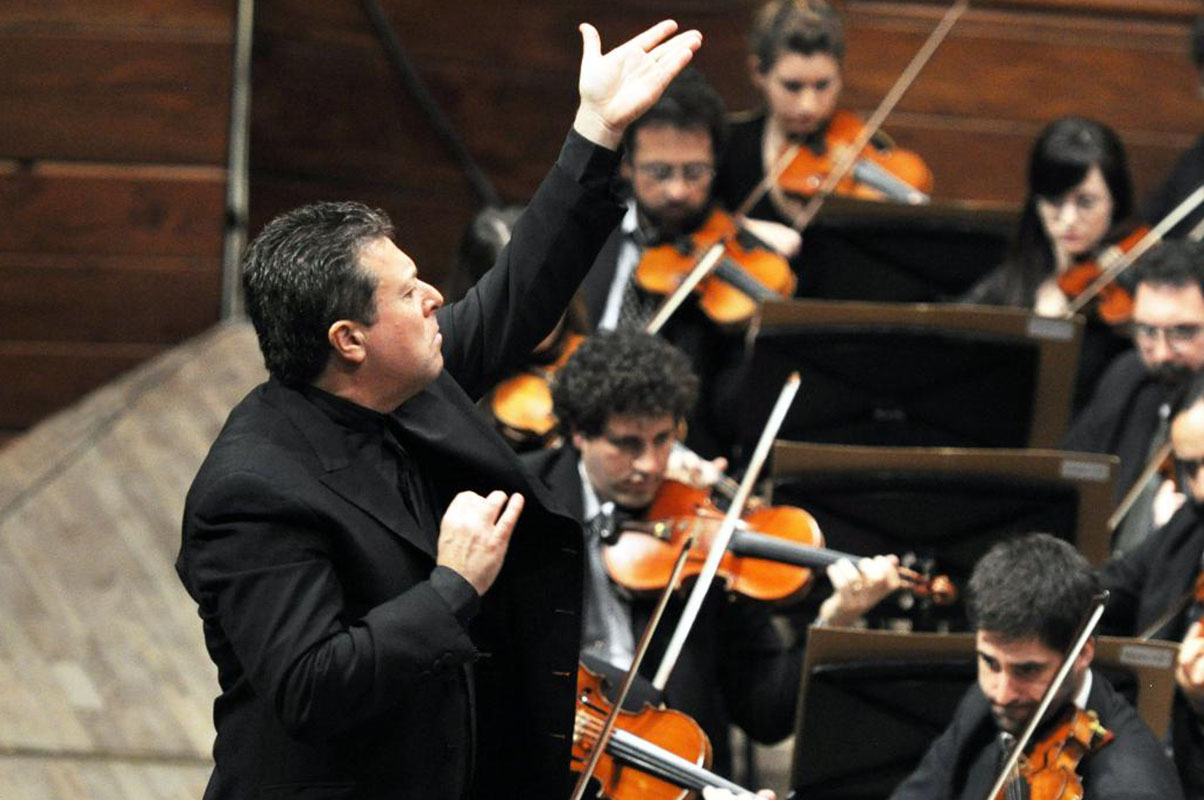 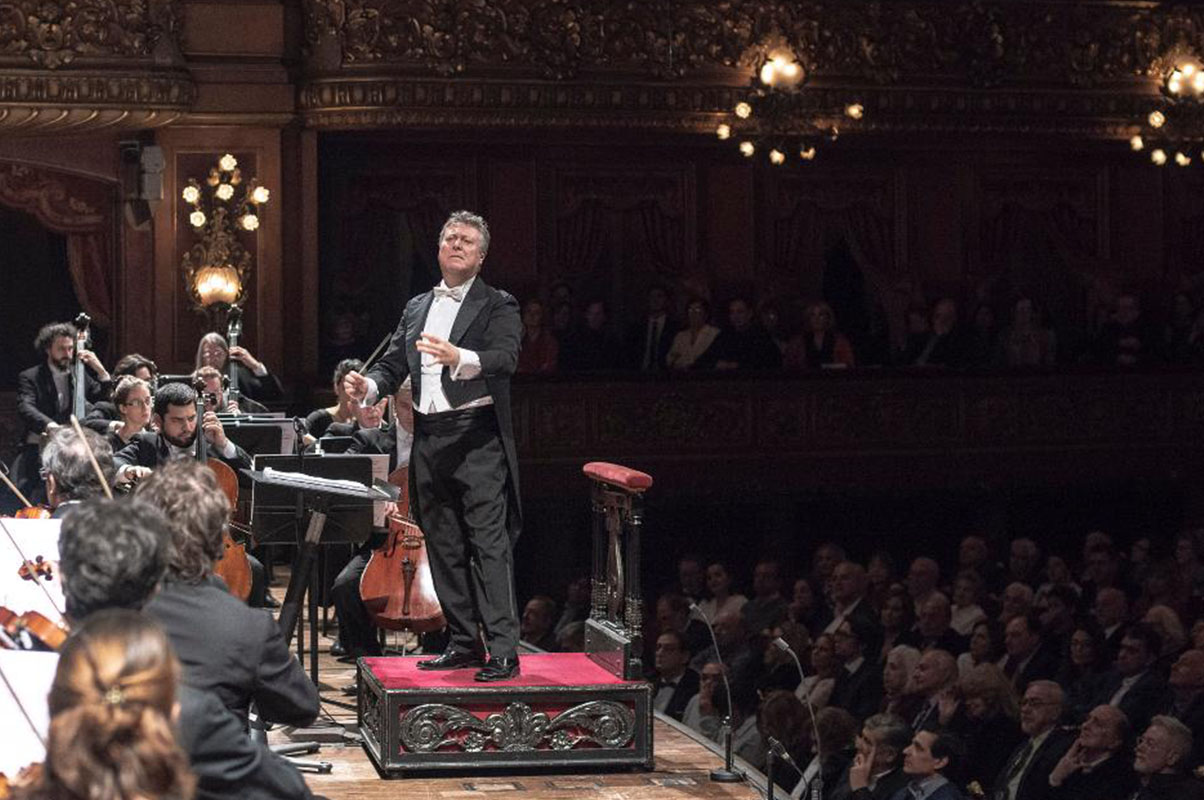 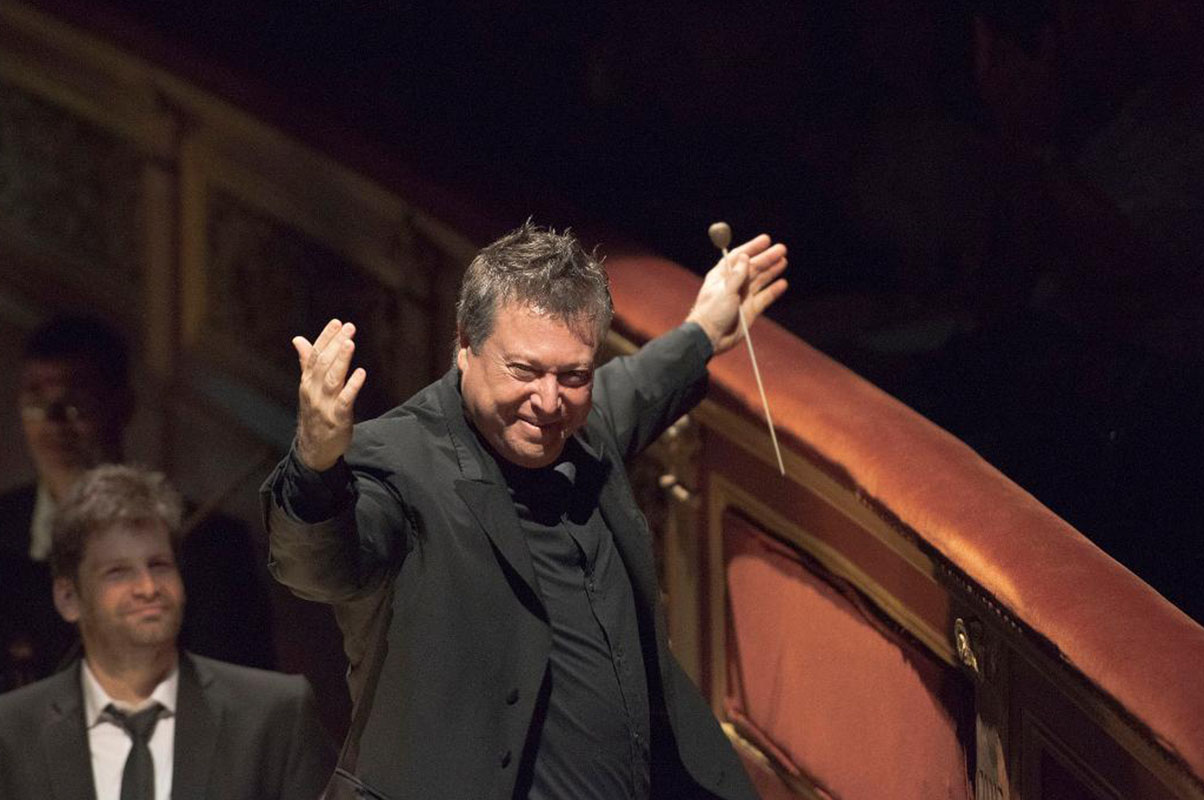 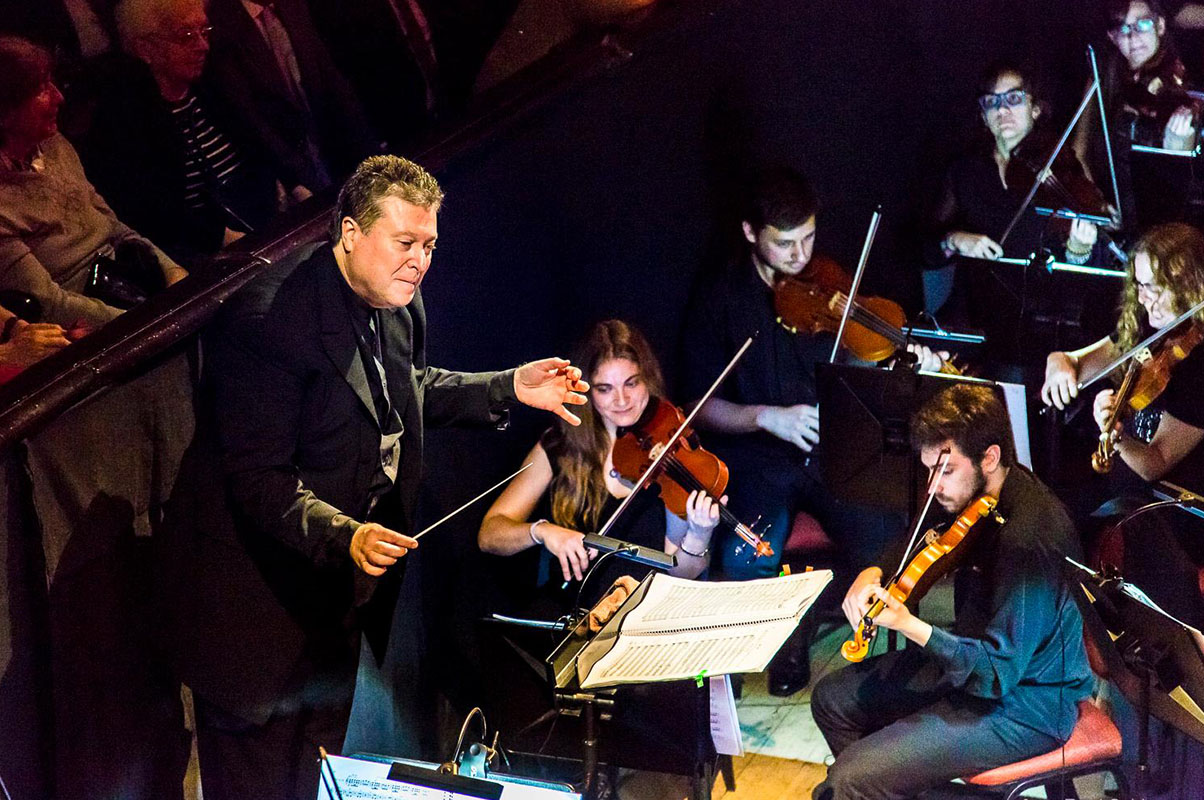 Disciple of Mtro. Guillermo Scarabino, studied classical guitar, lyric singing and choral conducting in the National and Municipal Conservatories. Later, took piano lessons with Francisco Votti and Cello with Washington Castro. He got his Bachelor in Orchestral Conducting and Professor in Instrumental and Chamber Ensembles from the National University of La Plata.

After graduating, he obtained scholarships and took further training and masterclasses in several countries with prominent conductors such as Helmuth Rilling, Kurt Masur, Mario Benzecry, Charles Dutoit, Romano Gandolfi and Antoni Ros Marbà. He made his debut as opera conductor in 1992 with Verdi’s Trovatore, leading the orchestra of the Buenos Aires Opera Festival Association in 1992. He was a fellow of the OAS for the Master Courses of Orchestral Conducting given in Venezuela, within the "Youth Orchestra System" (1993/4/5)

He was also the conductor of the Choir of the Wagneriana Association of Buenos Aires, performing his symphonic-choral seasons between 1992 and 1998. This earned him the distinction as a Notable Youth of Argentine Music. In those initial years, he conducted a tour in front of the Concepción Symphonic Orchestra in Chile, through the cities of Villarica and Frutillar (1995 Frutillar International Festival) and made his debut in the Young Conductors cycle of the Cuyo Symphonic Orchestra. After that moment, he started being invited to conduct with the most important orchestras in his country.

After going through a contest, he became the Chief Conductor in the Symphonic Band of the Buenos Aires City Government in 1995, and later in the Symphonic Orchestra of Mar del Plata in 1998, a position that he held until 2004. That year and after a successful tour in Armenia, he made his debut with the Buenos Aires Philharmonic Orchestra conducting the closing concert of the official season.

Since 2002 he is a permanent guest conductor at the Argentinian National Symphonic Orchestra. Between 2005 and 2006, Mtro. Vieu worked as an Assistant Conductor and Prompter in the Colon Theatre and also as "suggeritore" in A Midsummer Night’s Dream (Britten), I Vespri Siciliani (Verdi) and Elektra (Strauss). At the end of 2006, he made his debut as opera conductor for the aforementioned colosseum in a mega production of Puccini’s Turandot by Roberto Oswald at the Luna Park stadium.

As Chief Conductor of the Colon Theater’s House Orchestra, led them in concerts, operas and a tour around several Argentinian provinces, organizing also the Juan Emilio Martini competition for Young Conductors.

Vieu has also been jury in several contests, such as the national stage of the prestigious Neue Stimmen contest, piano contests, young talents and conducting prices. In 2010 he was designated Professor of the ISA (Superior Institute of Arts from the Colon Theatre) as Chief Conductor of the Academic Orchestra, being a professor of Orchestral Practice. He conducted the Academic Orchestra in several concerts and at Fioravanti’s opera "Cantatrice Villane". The same year he conducts Beethoven's 9th Symphony at the Colon Theater reopening and later he conducted the National Symphonic Orchestra for the Bicentennial Gala at the Flag Monument.

In 2011, he conducts Simón Boccanegra in the restored pit of the Colón Theatre. From 2013 until 2016 he was Musical Director of the Argentine Theater of La Plata, being at the same time the Chief Conductor of its Orchestra. He conducted dozens of performances between his cycle of symphonic, symphonic-choral concerts and opera. Under his management, all the artistic areas of the theater were organized through.

From 2014 to the present he works as a guest conductor at the Silicon Valley Symphony in the USA, where he also gave a masterclass in Pennsylvania. In La Plata conducted Otello, Tosca, La Traviata, la Bohème, Luisa Miller, Francesca Da Rimini, Lucia Di Lammermoor, Nabucco and Il Trovatore among other.In Rosario, Nabucco, Rigoletto, Carmen, I Pagliacci, Die Fledermaus and Tosca. At the Colon Theater he conducted La Traviata, Verdi’s Requiem, I due Foscari, Simon Boccanegra, Tosca, Otello and the 110th anniversary Aida, along with several symphonic concerts with international soloists, the opening of the 2019 Ballet season with Don Quijote, with Vladymir Vasiliev’s staging, and conducting the Aida Garifullina’s Gala, filmed by German TV.His repertory includes the romantic and Italian Verismo, the French repertoire, as well as emblematic works of the symphonic repertoire, works with choir and orchestra, and contemporary music premieres.

He is awarded as best Argentine conductor by the Critics Association, Estrella de Mar award for Galas del Mar (2003 and 2004 in Mar del Plata, Argentina), CAMU-UNESCO award (for the work of disseminating the music of national composers), and for two consecutive decades, Konex Merit Diploma as one of the 5 best Orchestra Conductors in his Country. Carlos Vieu was also recognized as Prominent Culture Figure in Buenos Aires.

Carlos Vieu also has a twenty-year outstanding teaching career, activity that he still practices as Professor of Analysis of the Scenic Repertory at the National University of the Arts and Head of Orchestral Conducting at the Catholic Argentine University. In the framework of the recent Pandemic situation, he developed online masterclasses regarding Ópera and the different styles and genres.