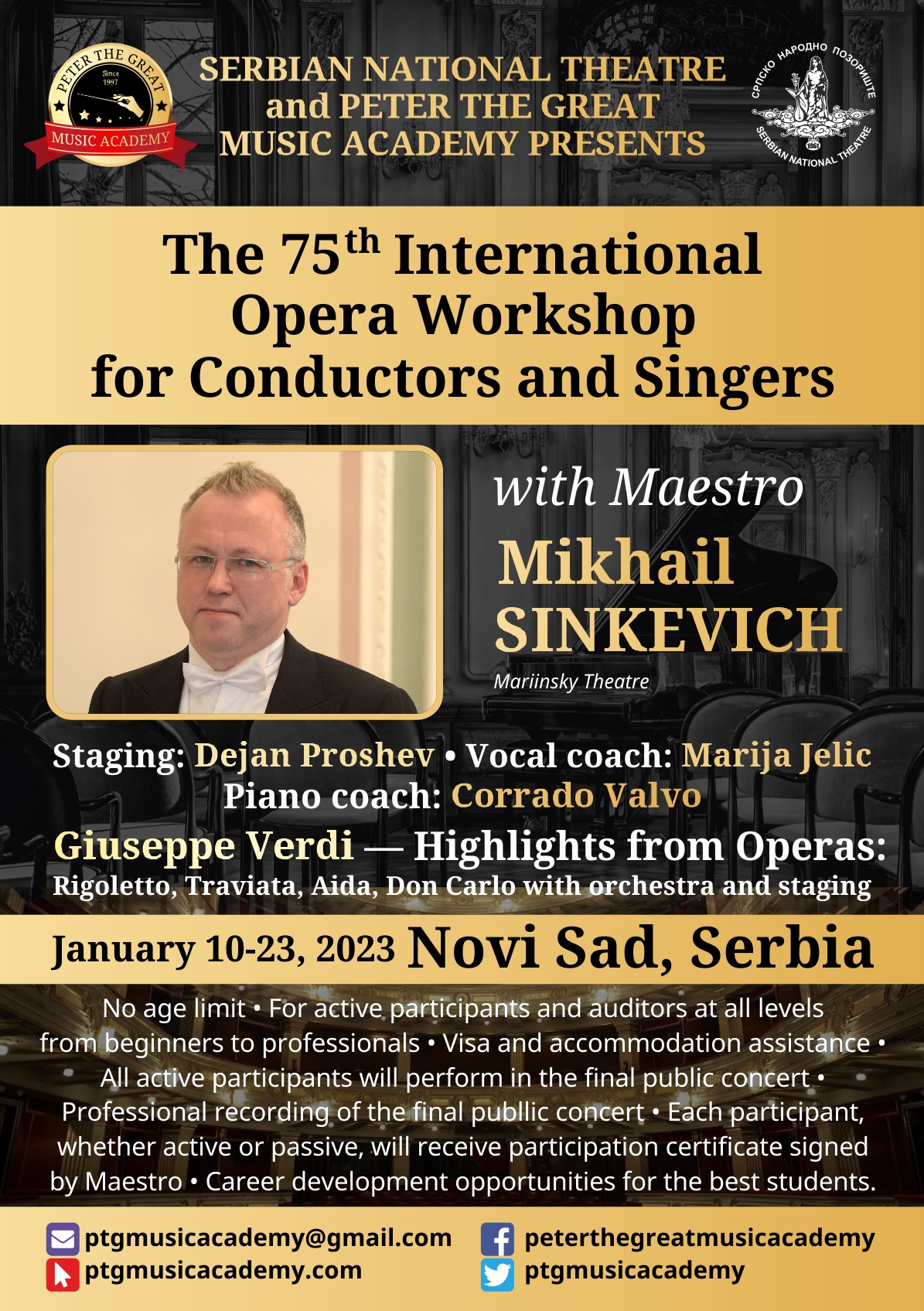 We are delighted that you decided to apply for one of our master classes. Please download and fill in the Application in .RTF format (editable with most of text editors). Then send it to us via email. 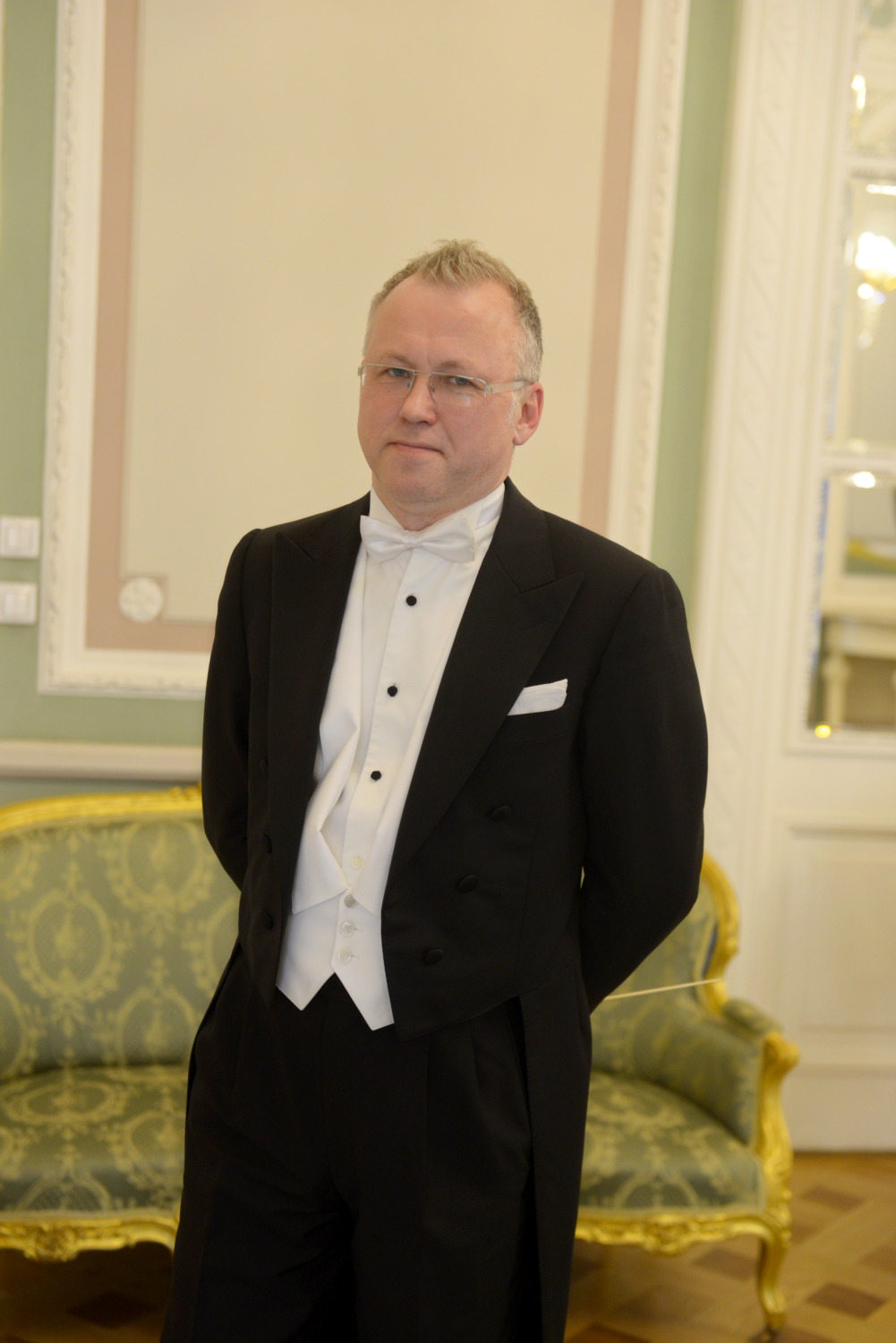 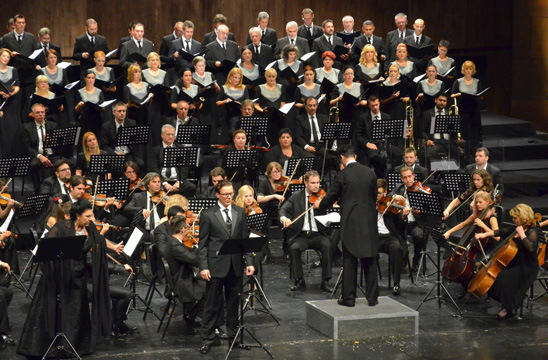 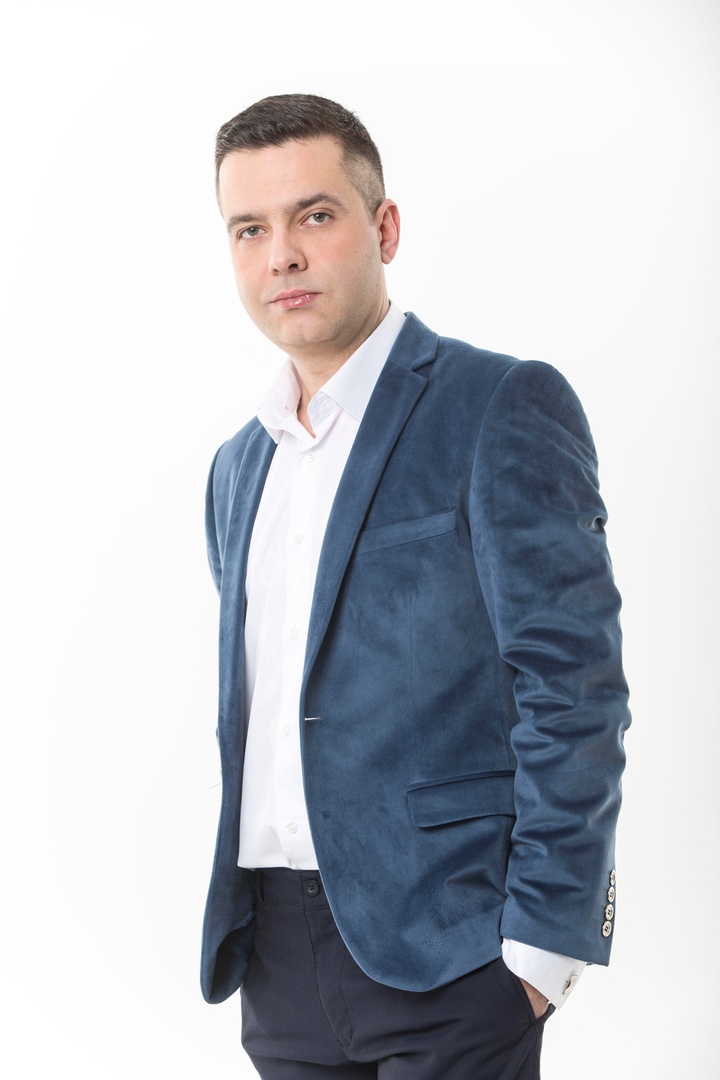 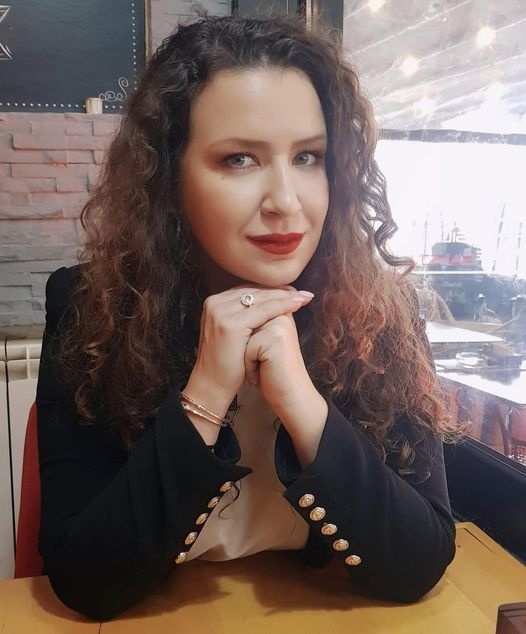 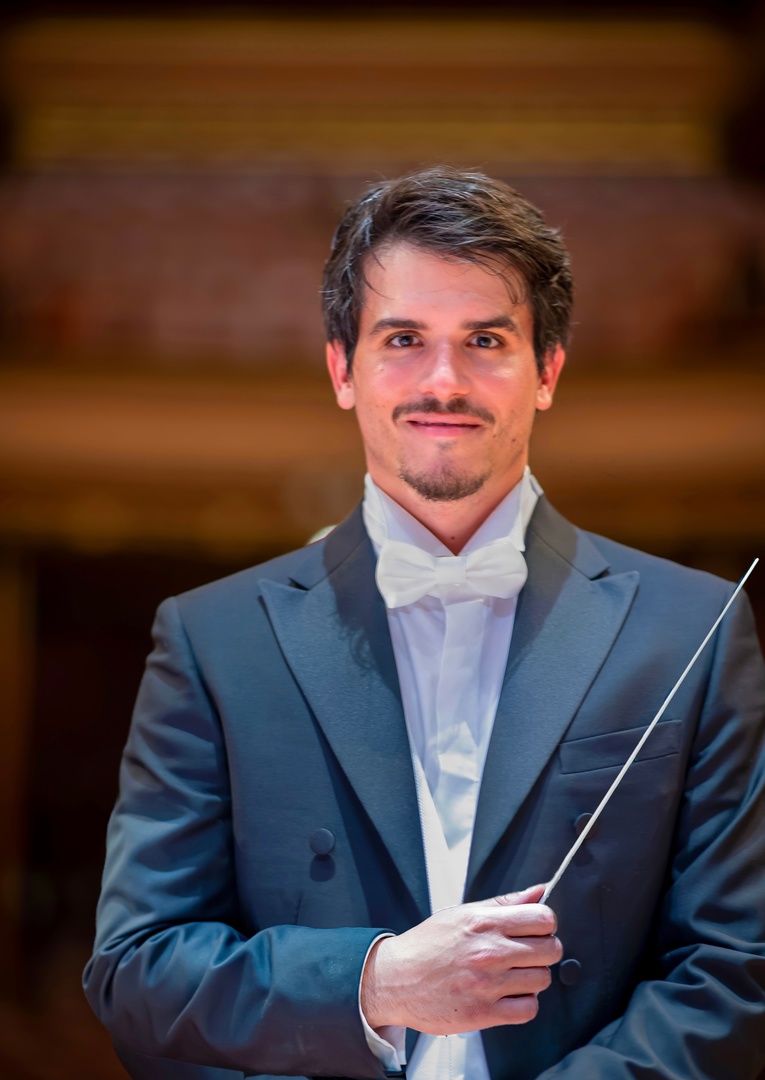 Giuseppe Verdi Highlights from Operas: with orchestra and staging.

Please download, fill in and send us the Participant's Application form or follow to the end of the page to contact us for any questions. And send us your photo for the Final Public Concert's Poster please.

Mikhail Sinkevich was born in Moscow. In 1987 he graduated from the Middle Special School of Music of the Belorussian State Conservatory and entered the Choral-Conducting Faculty of the Rimsky-Korsakov Leningrad State Conservatory. In 1990 he continued his studies at the Faculty of Opera and Symphony Conducting, which he completed in 1994 (class of Professor Ilya Musin, People’s Artist of Russia).

As a student, Mikhail Sinkevich worked at the Opera and Ballet Theatre of the St Petersburg Conservatory and the Zazerkalye State Children’s Music Theatre. Following his debut with the State Academic Symphony Orchestra of Belarus in 1994, he was invited to join the National Academic Bolshoi Opera and Ballet Theatre of the Republic of Belarus. From 1997 to 1999 he was Principal Conductor of the Belorussian State Academic Musical Theatre. From 2003 to 2006 he was Principal Guest Conductor of the St Petersburg Kamerata symphony orchestra.

Regularly conducts concerts at the Mariinsky Theatre and the Concert Hall together with the theatre’s soloists. Tours with the Mariinsky Opera and Ballet throughout the world, and has appeared at the Metropolitan Opera, the Royal Oper House in Covent Garden, the Festspielhaus (Baden-Baden), in Los Angeles, Washington and at the Salzburg and Melbourne festivals. Collaborates with opera houses in Russia (Bolshoi Theatre and the Novosibirsk, Perm and Kazan Opera Houses) and abroad, in Belarus, Germany, Croatia and other countries. Since 2013 he has been Principal Conductor of the Musical Theatre of the Republic of Karelia (Petrozavodsk), where as conductor and musical director he staged The Queen of Spades, Iolanta, Cavalleria rusticana, Elisir d’amore, Il barbiere di Siviglia and Die Zauberflöte.

In 2009 Mikhail Sinkevich made his debut at the New National Theatre in Tokyo, conducting the first performance in Japan of Dmitry Shostakovich’s opera Lady Macbeth of Mtsensk. In 2012 together with the Wagner Stiftung (Germany) as a production-conductor he led the premiere of the opera Der fliegende Holländer in Donetsk – that production was subsequently performed to great acclaim in Kiev, Lviv and Odessa, as well as on tours to Germany.

For many years he collaborated with the National Theatre of Croatia in Zagreb, which hosted premieres of Tchaikovsky’s Mazepa (2010) and Verdi’s Il trovatore (2011), and he also conducted the operas Un ballo in maschera, Carmen, Rigoletto and Jenůfa (2015) among others. Other international appearances by Sinkevich in recent years include a concert performance of Eugene Onegin in Prague and a new production of Nabucco at the Sofia National Opera (2016).

Dejan Proshev was born in Skopje in 1979. He studied opera singing in the Academy of Music “Professor Pancho Vladigorev”, where he received Bachelor’s Degree (2001) and Masters Degree (2003) from the Opera Singing Department in the class of Professor Niko Isakov. In 2012, he obtained another Master’s Degree with his work on musical and stage directing with Professor Pavel Gerdzikov.

In 2002, he had a debut as a singer in children’s fantastic opera The Firefly, by V. Chuchkov, in the National Opera and Ballet Theatre in Sofia. Later on, he interpreted baritone roles in productions of the Macedonian National Opera and Ballet Theatre, Turandot, The Secret Marriage and The Visit of the Old Lady, also in The Story about Light (first Bulgarian rock opera) in the National Music Theatre in Sofia.

In 2005, he was engaged as an assistant director in the Macedonian Opera and Ballet Theatre, where he worked in all opera productions in the Theatre’s repertory. Since 2007, he started working as a project manager, as well. In period 2008 – 2010, he was an artistic director of Opera and since 2011, from 2011-2015 he has been a general manager of the Macedonian Opera & Ballet.

Marija Jelic, Serbian soprano, Balkan rising star is having successful career which is starting to grow in Europe and other part of world. In her repertoire there are also roles: Puccini: Boheme (Mimi), Bizet: Carmen (Micaela), Verdi: Elizabeth (Don Carlo), Puccini Verdi Aida (Aida). She was singing in opera gala concert of ending of Summer festival in Wernigerode (Germany), Teatro del Carmine Sardenia. She was singing Partisian requiem in Moscow International Music Center.

Also, she was singing with Dubrovnik symphony orchestra and Jose Cura in Croatia 2021. She was performing in gala opera concert streamed on Opera vision with Azerbeijan National opera in Baku in October 2021. She had her solo recital in Carnegie hall in October 2021 with pianist Anthony Manoli. Also, she shared stage with Marta Argerich performing Mahler’s 4th symphony. She is successfully teaching and giving masterclasses to young people around world.

Corrado Valvo is an Italian conductor and korrepetitor pianist. He studied as a Piano Répetitéur at the Conservatory in Verona (IT), in orchestral conducting at the Roma Santa Cecilia Conservatory (IT) From the 2015 to 2019 he was Korrepetitor pianist and Assistant Conductor at Teatro Lirico Sperimentale of Spoleto and at Sarasota Opera House(USA).

In November of 2017, he made his operatic conducting debut in Don Pasquale by Donizetti with the Orchestra and Choir of the Chuvash State Opera and Ballet Theatre (RU). On March 23rd, 2019 he made his debut at the I. Stern Auditorium - Carnegie Hall of New York as guest conductor of the New England Symphonic Orchestra.

Actually he is full professor as Vocal Coach and korrepetitor pianist in University of Music in Calabria and artistic director of Figaro Opera Society.