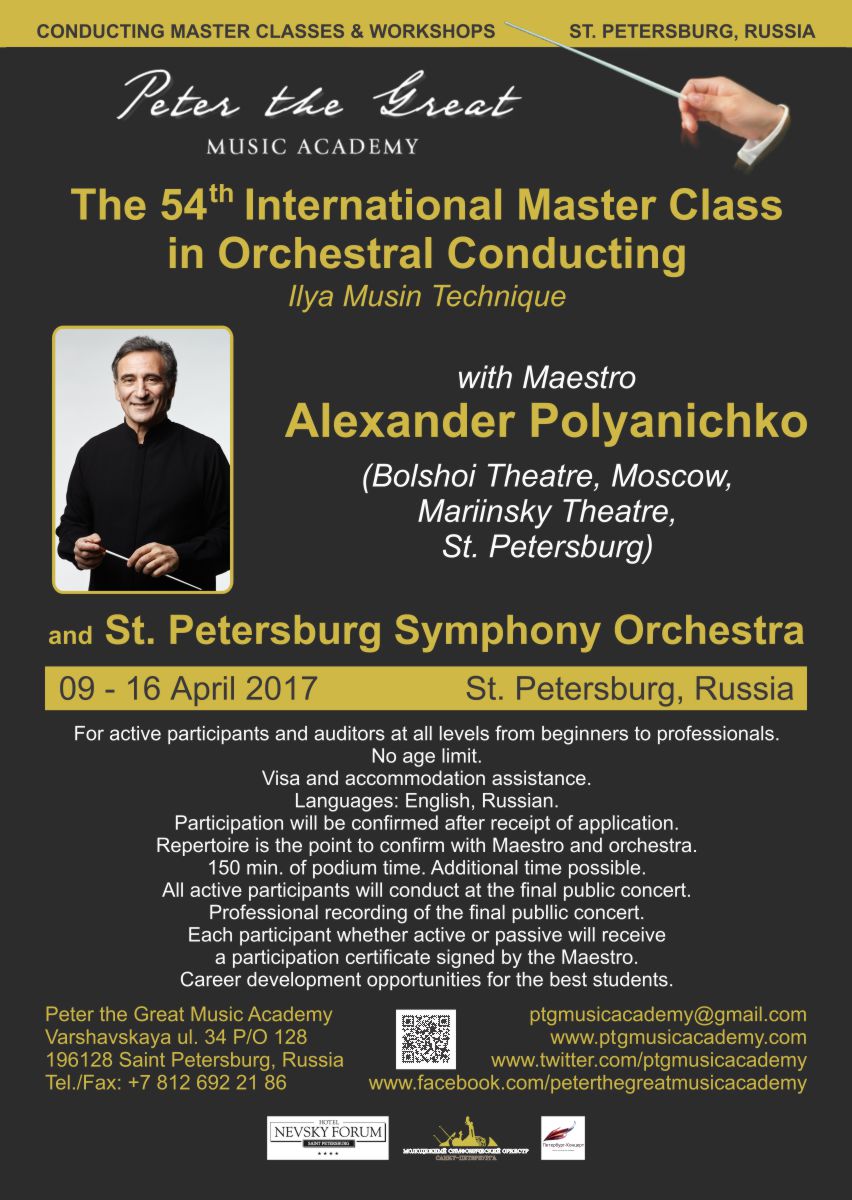 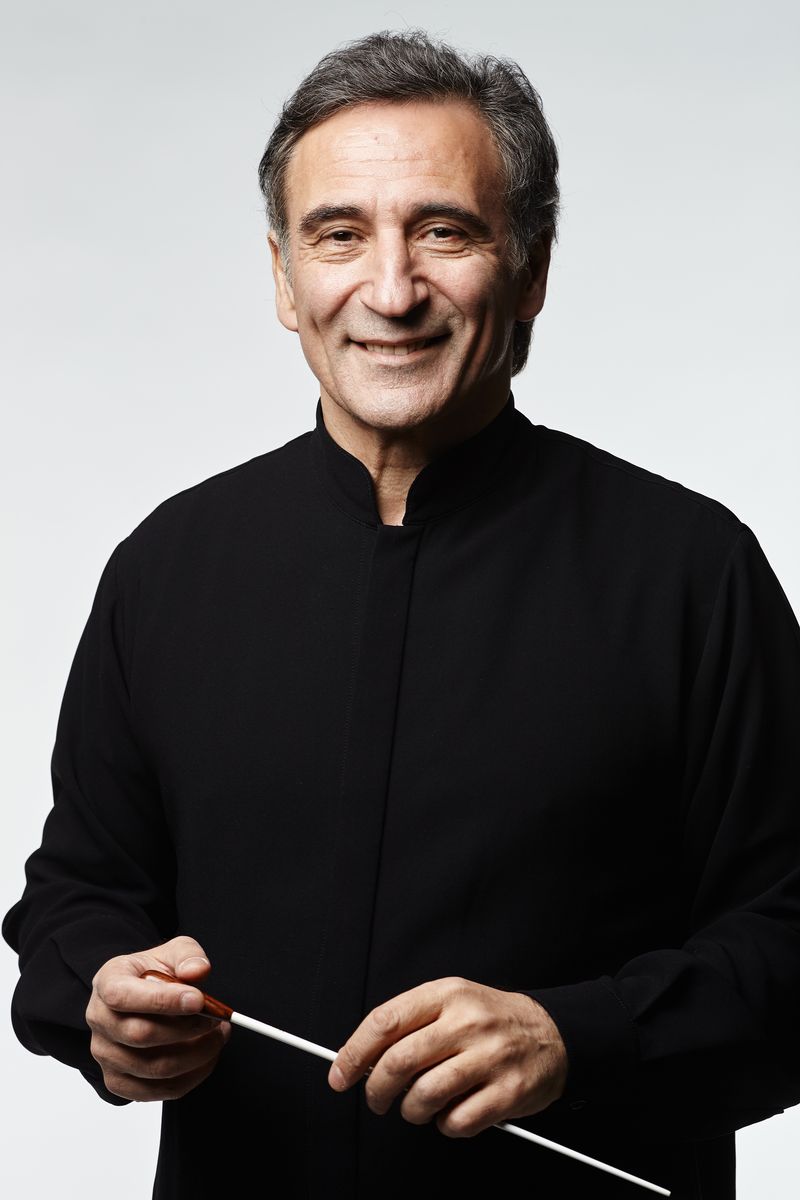 Alexander Polyanichko, an internationally renowned conductor and educator regularly leads conducting masterclasses in cooperation with Peter the Great Music Academy, Royal Baltic Festival, Hermitage Theatre, and St. Petersburg Chamber Philharmonic. A graduate of the Leningrad State Conservatory, and former pupil and assistant of the eminent Ilya Musin (whose students include Yuri Temirkanov, Semyon Bychkov, Valery Gergiev, among many others), maestro Polyanichko has been one of Musin’s biggest proponents, carrying on the great tradition of the St. Petersburg school of conducting.

Maestro Polyanichko’s artistry, knowledge, his genuine willingness to share his experiences, sense of humor, friendly and respectful manner of communication, creates a free exchange of ideas, a spirit of collaboration as he and his students search for ways to resolve emerging issues, and a comfortable and productive masterclass atmosphere.

Masterclasses traditionally consist of two parts: the first is accompanied by two experienced pianists, and the second gives students the opportunity to work with a professional symphony orchestra. The dress rehearsal preceding the concert is always open to the public, and the culmination of the masterclass is the final concert which is professionally video/audio recorded.

Students have consistently expressed their appreciation the pedagogical skills of Maestro Polyanichko and his masterclasses, and have gone on to conduct many successful performances of their own in their respective countries and beyond.

Has taught at the opera and symphony conducting faculty of the Rostov State Conservatoire (2012-2015), Leningrad and Belorussian State Conservatoire (1986-1989), and served on juries of the BBC Cardiff Singer of the World competition, Great Britain (2011), and the Rimsky-Korsakov Young Opera Singers' Competition, St. Petersburg, Russia (1996),. Together with the Royal Baltic Festival, the Hermitage Academy of Music and Peter the Great Music Academy he regularly gives international master classes in conducting.

Mr. Polyanichko has been featured on the DVD recordings including “Julia & Romeo” by Mats Ek with Royal Swedish Ballet (2013), “Cherevichki/Tsarina’s Slippers” with the Royal Opera House, Covent Garden, London (2009), “Beyond the Score” with the Chicago Symphony Orchestra (2008), on audio recordings on the Melodia label and on live radio broadcasts worldwide.

An Honored Artist of Russia, and formerly a violinist in the St. Petersburg Philharmonic Orchestra (formerly Leningrad Philharmonic) under Evgeny Mravinsky, Maestro Polyanichko graduated with honor from the faculty of opera and symphony conducting of the Leningrad (St. Petersburg) State Rimsky-Korsakov Conservatoire (1988) and served an assistant to Professor Ilya Musin- an honor given to a highly selected few. He received the First Prize Laureate at the 6th All-Union Conducting Competition.